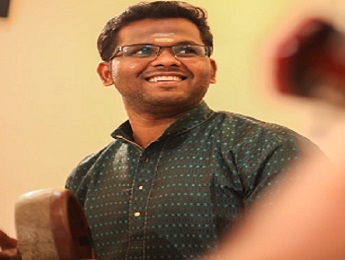 Sunil at a younger age started training in the   basics and thalam under the guidance of his father Triplicane K. Sekar, a Thavil Vidwan. After that he started learning Kanjira from Kanjira Maestro Shri V. Selvaganesh and also Konnakol from Ghatam maestro Padma Bhushan Shri T.H. Vikku Vinayakram.