Hindustani classical music is the classical music of northern regions of the Indian subcontinent. It may also be called Hindustani shastriya sangeet . Its origins date from the 12th century CE, when it diverged from Carnatic music, the classical tradition of southern regions of the Indian subcontinent. Hindustani music places more emphasis on improvisation and exploring all aspects of a raga. During the 16th century, the singing styles diversified into different gharanas patronized in different princely courts. 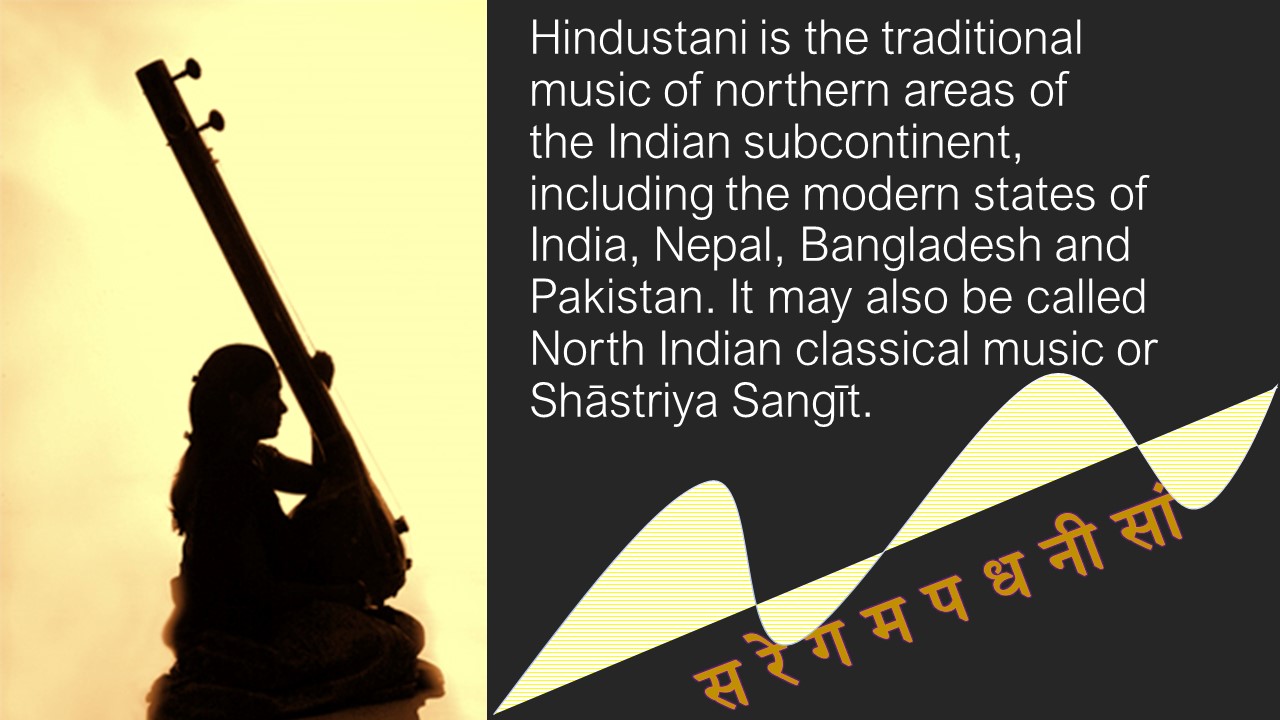