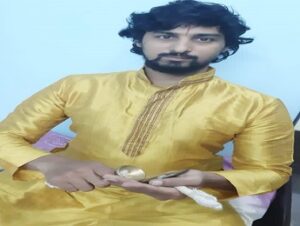 Guru S.P. Vijay Kumar hails from Chennai, India. His insatiable passion for dance introduced him to the world of Bharatanatyam and into the portals of Kala Samarpana, a premier institute run by Sangeet Natak Academy awards, the celebrated Kalaimamani Guru M.V. Narasimhachari and Guru M.Vasanthalakshmi. Under their expert tutelage, he completed his Arangetram and also acquired the title of "Natya Siromani".

Vijay is an established dancer, appreciated for his flawless performances both in individual as well as group productions. As a Guru, he has expertise in solo as well as group choreography, conducting programmes (Nattuvangam) and his methods in teaching the principles of dance and yoga. To enhance his repertoire further, Vijay is currently learning Kuchipudi from Guru Vasanthalakshmi and Mridangam from Kalaimamani A.S.Krishnan.

Vijay is an "A" Grade Artiste for the Indian National Channel Doordarshan Kendra, New Delhi. He has performed widely on various local and national Television channels, both as a solo artiste and also thematic representations such as "Navarasa Ramayana" with his disciples.

Vijay has to his credit several applauded performances and lecture demonstrations in various prominent music and dance festivals across India, USA. Apart from numerous performances in Chennai, a brief profile of his presentations across the country includes