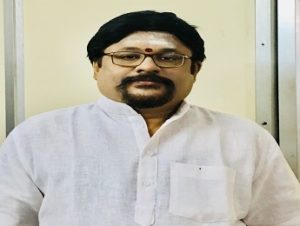 Born on 10 th November,1967, Sreyas is a  “TOP RANK" Graded Vocal Musician of AIR & DD Chennai and has been giving regular performances in all prestigious sabhas & organisations all over India &  Abroad. His music is marked by sincerity and a strongtraditional approach. He is Blessed with a majestic powerful voice that can span all the three octaves.
He had his initial learning under Sri. A. Anantharaman Iyer [ Sri. Muthuswamy Dikshitar lineage]in Kolkatha for four years. After moving over to Chennai, Came under the expert tutelage of Prof. M.A.Venugopal [brother of Veena Exponent Sri. M.A.Kalyanakrishna Bhagavather] for fifteen years.After the passing away of Venugopal Sir,came under the able guidance of Padmabhushan Sri. P.S.Narayanaswamy for over fifteen years.